In Divine Utterances, Katherine J. Hagedorn explores the enduring cultural and spiritual power of the music of Afro-Cuban Santería and the process by which it has been transformed for a secular audience. She focuses on the integral connections between sacred music performances and the dramatizations of theatrical troupes, especially the state-sponsored Conjunto Folklórico Nacional de Cuba, and examines the complex relationships involving race, politics, and religion in Cuba. The music that Hagedorn describes is rooted in Afro-Cuban religious tradition and today pervades a secular performances that can produce a trance in audience members in the same way as a traditional religious ceremony.

Hagedorn's analysis is deeply informed by her experiences in Cuba as a woman, scholar, and apprentice batá drummer. She argues that constructions of race and gender, the politics of pre- and post-Revolutionary Cuba, the economics of tourism, and contemporary practices within Santería have contributed to a blurring of boundaries betwen the sacred and the folkloric. As both modes now vie for primacy in Cuba's burgeoning tourist trade, what had once been the music of a marginalized group is now a cultural expression of national pride.

The compact disc that accompanies the book includes examples of twenty songs to the orichas, or Afro-Cuban deities, performed by prominent musicians, including Lázaro Ros, Francisco Aguabella, Alberto Villarreal, and Zenaida Armenteros.

A highly original work . . . that will stand out as the most thorough exploration of Santería music performance, both religious and theatrical.
—Raul Fernandez 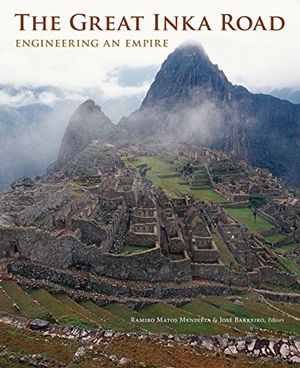 Home Gardens and Agrobiodiversity
by Pablo B. Eyzaguirre and Olga F. Linares
$29.95 Makuna: Portrait of an Amazonian People
by Kaj Arhem and Diego Samper
$29.36 Tiwanaku and Its Hinterland: Archaeology and Paleoecology of an Andean Civilization Volume 2: Urban and Rural Archaeology (Smithsonian Series in Archaeological Inquiry)
by Alan L. Kolata
$102.63